Dead End Job is a twin-stick shooter game in which you’ll be clearing out ghosts from restaurants, offices, and other types of buildings. The game is available now on Apple Arcade.

Dead End Job is a new twin-stick shooting game for mobile in which you’ll play as a paranormal pest control worker. The premise sounds awesome, doesn’t it? What’s even more awesome is that the game is available right now as part of Apple Arcade. Check out its trailer below:

It seems that Dead End Job is all about puns and wordplays. Aside from the double-meaning title, the protagonist you control is named Hector Plasm – you know, as in ectoplasm? Anyway, your task is to shoot at ghosts until they are weak enough for you to suck them into your vacuum pack.

You might be wondering why Hector’s doing this job. Well, the reason is, he’s being haunted the ghost of his old mentor, who is constantly urging him to save their soul. So, you’ll assist Hector as he clears out offices, restaurants, and plenty of other buildings, all for the sake of freeing his old pal. 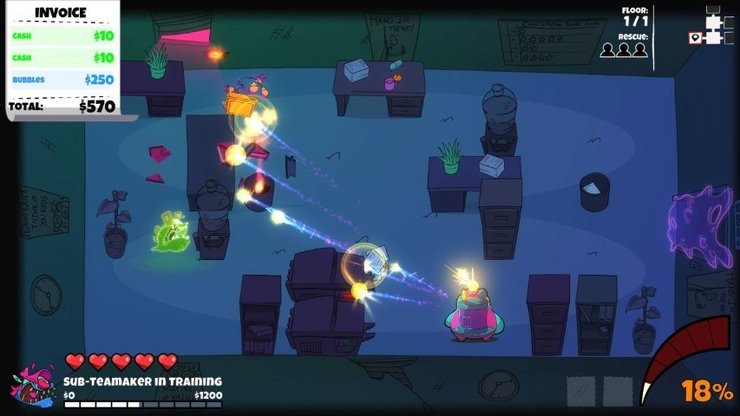 Clear out ghosts from offices, restaurants, and other buildings

The gameplay itself follows the twin-stick shooter formula. You’ll start out with a plasma gun that can be used to damage the ghost and a vacuum to suck them in once they’re weak. As you progress, you’ll also collect several supernatural items that will provide additional assistance in your spooky job. 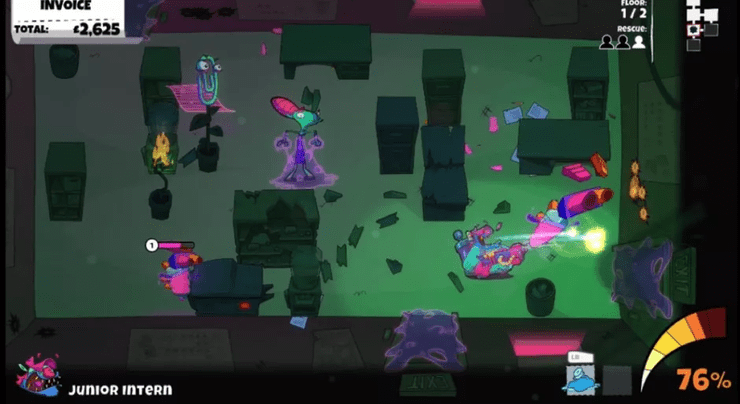 In term of visuals, you can clearly see that Dead End Job has drawn a lot of inspiration from the old cartoon Ren & Stimpy. If you never watched it as a kid, just imagine some colorful cartoon with a touch of creepiness and you’ve got a pretty good idea of what it’s like.

Dead End Job is available right now Apple Arcade. For those who are not really sold on the service yet, the game is also set to hit Switch at some point in the future as well.