Coming from Open Lab Games & Demigiant, Football Drama is an ironic take on the football industry and its management. The game is available for both iOS & Android at $4.99 (Rs 350)

Football Drama is an ironic take on the current football management and industry itself. Entering the game, you find yourself as a football manager with a shady background. Because of that, his immoral acts of the past are coming back to interfere with his career. Therefore, you’ll need to deal with every obstacle ahead to lead your team to greatness. Football Drama is now purchasable on both Android and iOS. 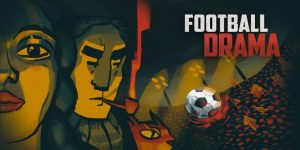 You are Rocco Galliano – the new football manager of Calchester Assembled. After 7 years of inactivity, you decided to return and start your whole coaching career once again. Although the club owner Boris Aluminovitch gave you a chance, the guy is eager to fire you once he finds the right opportunity.

You are Rocco Galliano, a new football manager at Calchester Assembled.

Generally, Football Drama is kind of a narrative-driven football management title. Off the football field, you’ll find yourself in conversations where you need to make important choices. Of course, poor decision making will lead to the sacking eventually, so think twice every time.

Aside from the choice making, you get to build a cards deck that is essentially tactics. These cards are collectable via the decision-making process in accordance with your team’s result on the field. Once you get to see these cards, you’ll figure out why the developer named this game “Football Drama”. 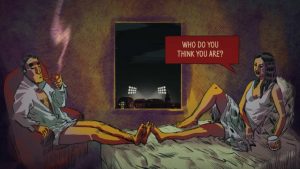 The game incorporate lots of side factors into the game, which not many other title focus on.

During the game, you’ll participate in turn-based actions using your cards. From the trailer, an example card is “keeping possession”, which requires the players to keep control of the ball as much as they can. Well, that tactics surely lessen the chance of your team conceding as you shout the instructions out from the sideline. 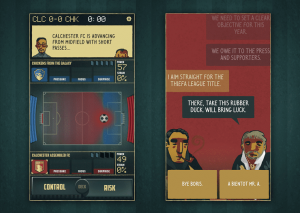 Overall, Football Drama is a nice take of football management experience. It is now playable on Google Play and App Store for $4.99 (Rs 350).