By developer Zen Studios, Dread Nautical is a brand-new tactical RPG title with roguelike elements. The game is heading soon to Apple Arcade.

Zen Studios, the creator of the classic Pinball FX has just announced a new gaming project. The brand-new title is called Dread Nautical and surprising enough, nowhere near a pinball game. In fact, it’s a tactical RPG title that’s heading towards Apple Arcade within this weekend.

In general, Dread Nautical features roguelike elements within a classic turn-based tactical RPG. Although it looks cartoonish-ly, the game promises strategic gameplay as well as a heavy focus on planning. To begin with, you’ll find yourself as a survivor on a cruiser Hope. Unfortunately, something bad happened and malevolent monsters have overrun the ship.

Even worse, the monsters won’t stop before anything as they destroy every living creature on their way. With that being said, you are the one to stop them before too late.

Here’s the trailer of Dread Nautical. Let’s take a look:

Among the four available characters, you get to pick one of them to start the game. Then, use the “intuitive touchscreen controls” as described by Zen Studios to travel across 20 different ship decks.

Here, search for food, supplies, and survivors that would later join your crew. Each fight is different from others, so you need to carefully decide who to join and what equipment to hold every time. 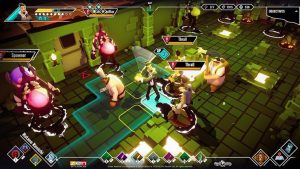 Choose your companions and equipment wisely for each fight.

According to Zen Studios, Dread Nautical should be playable across every device compatible with Apple Arcade. Offline play is available as well, so that’s a big plus. In addition, data between devices should be able to sync, letting you continue the game using a different one. 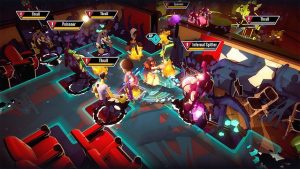 Enter a randomly-generated ship and clear the area of malevolent monsters.

Apple Arcade will soon arrive at iPhone, iPad, Apple TV, and Mac computers. At just $4.99 a month, as many as six family accounts can gain access to the platform.

Thanks to Apple, hundreds of games will head to the platform in the near future. Therefore, make sure you subscribe to the latest gaming actions with Apple Arcade.