You are here: Home / PUBG / PUBG’s New Feature Survival Mastery Is Coming To PC On September 24

PUBG’s new “Survival Mastery” update is going to be a great improvement to the current flair system – progress tracking has never been this easy.

PUBG Corps has just announced a new feature called Survival Mastery for the PC version. It will be available for download on test server today – and live servers on Sept 24. This feature was first hinted during the PUBG Development Update back in June. With Survival Mastery, the players would be able to track their gameplay statistics – along with any improvements they have made while playing. 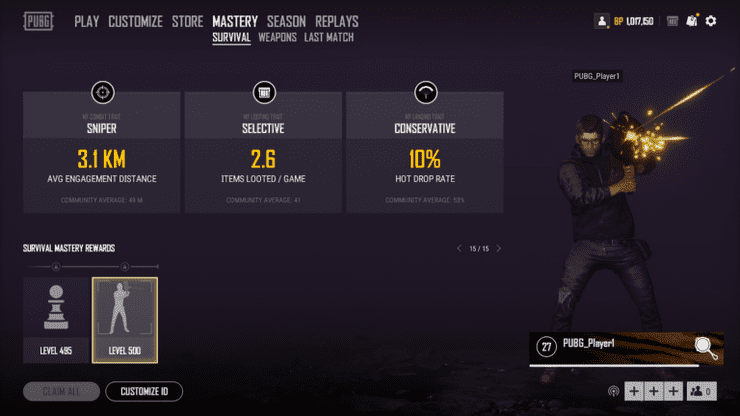 The new feature would come with a meter called Survivor Level. Players can earn XP by enduring blue zone phases, doing certain actions related to survival and staying alive during the match. Furthermore, this feature would also analyze your stats and categorize the player’s style using a system called “Trait”. 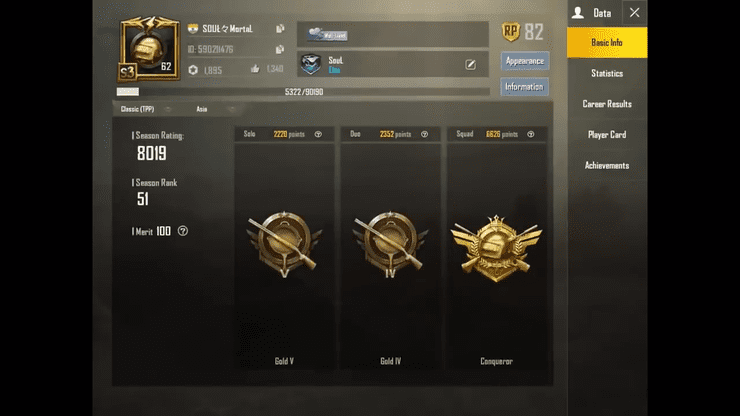 PUBG ID is another part of the Survival Mastery update. All the unlocked progressions in Survival Mastery will, in turn, add further customization features for the PUBG ID of every player. Currently, the PUBG ID of every player would be available publicly at launch, for both teammates and enemies. The devs hinted that this feature would be expanded further in next updates 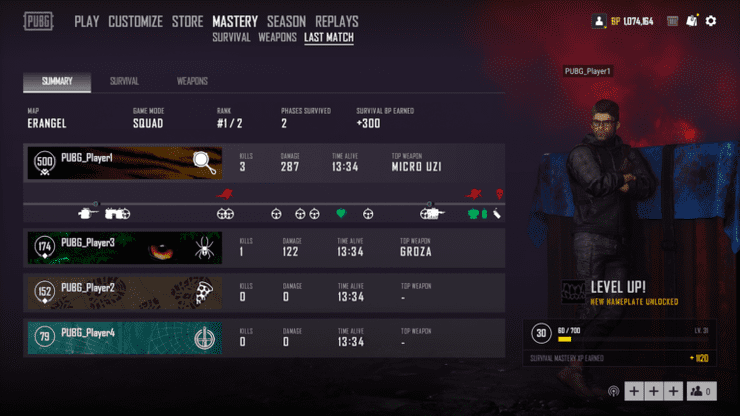 The “Last Match” screen would be heavily redesigned, with a couple of new tabs added in order to show the player everything about their last match. The first one is the improved summary tab, contains in deep information about performance and progression, with stuff like teammates stats also incorporated.

Next on the list is the “Survival” tab, with a timeline contains recaps of every action you did in the match, including combat, looting, and healing. All the mentioned, “survival actions” would be combined into “engagements”, which are every firefight the players found themselves in. Each “engagement” would contain details about the damage dealt and received over the time period.