You are here: Home / MOBILE GAMES / Where Cards Fall Brings The Stormy Coming-Of-Age Story Of A Boy To Apple Arcade!

Knock down some houses made of cards to unveil the insecure feelings that our main protagonist had to face in the past.

Nowadays, video games come in many different shapes and sizes. Where Cards Fall – a puzzle game from the Los Angeles-based developers – also wants to push the limits of the genre with its extraordinary visuals.

As the game appeared for the first time in 2016, followed by another short trailer in 2017, we thought it was dead due to the lack of updates. However, out of nowhere, the developers The Game Band and Snowman are launching the game for Apple Arcade.

It’s great to see the game finally coming out despite the fact that it will be an Apple Arcade-exclusive. Here’s the announcement trailer for this event, which you should pay some attention:

The story of Where Cards Fall

Where Cards Fall tells the memories of a young boy, all of which will be portrayed through a dream-like world. Players will explore the stormy “coming-of-age” era of the high-school boy from the LGBT+ community in an emotional adventure in the cards-made world. 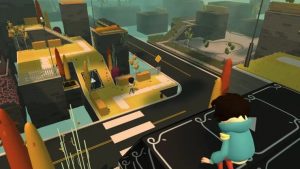 Where Cards Fall tells the story of an androgynous boy

Every house in this game contains pieces of memories of the boy, from childhood to adulthood. Your job is to knock them down to unveil the story and learn what the boy had to suffer from his past. Being an androgynous people is already struggling enough for even the grown-ups, not to mention for a little boy.

With gorgeous graphics and intriguing story, Where Cards Fall is where you want to end up lying on the couch all day to enjoy.

Where Cards Fall is basically a puzzle adventure game, where the cards play a very important role. Your main aim in this game is to explore this world made of cards to learn about the boy’s memories.

The gameplay is quite simple: build up paths to get to the houses, and knock down the houses to find the memories. You can pinch, swipe, rotate to move the cards to the right positions, then you can click on it to open up the deck and see the houses build itself. However, in order to complete the puzzles, you’ll have to be very precise with the place you put your building since the cards will open up at smaller sizes. 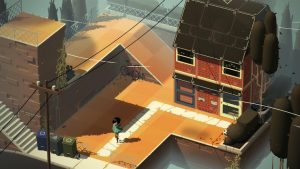 Where Cards Fall is a puzzle-adventure game

After successfully exploring one house, you’ll continue to build the card path to lead you to other houses. There are many kinds of building, including stores which contains some off-track experiences like playing music or chatting with people. Those experiences add a new level to the gameplay’s depth and soften the story-telling as well. 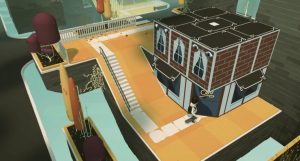 There are many kinds of building for you to explore

Where Cards Fall features 52 levels, which is the same numbers as the cards in a trump deck. Furthermore, you’ll experience all of the levels with absolutely no loading times or transitions at all. No one likes their story gets disrupted, right! 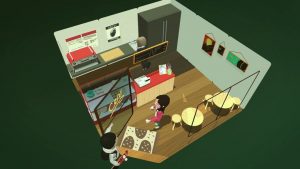 There’s no loading screen or transitions in Where Cards Fall

Where Cards Fall is expected to come out for PC, as the developers even released a Steam page of the game. However, they’ve decided to only bring this game for Apple Arcade, leaving other platforms behind.

As iOS 13 beta has just come out recently, users can try Apple Arcade for a month free if you choose to upgrade your iOS version. If you do, don’t miss out on Where Cards Fall!