All computers function using a system of switches that can be in one of two positions, on or off. This is called a binary system, with “off” being represented by the digit 0 and “on” being represented by the digit 1. A binary number will include only the digits 0 and 1. Network device addresses also use this binary system to define their location on the network. The IP address is based on a dotted decimal notation of a binary number. You must have a basic understanding of the mathematical properties of a binary system to understand networking. The following sections describe the mathematics involved in the binary numbering system and explain how to convert a decimal (base 10) number to a binary (base 2) number and vice versa.

Understanding the base 2 system is important because an IP version 4 (IPv4) address consists of 32 binary bits. Each digit is 1 bit. The 32 bits are divided into four sets of 8 bits, called octets. A dot (period) is placed between each set to separate them. (A byte is another name for 8 bits; however, for the purposes of this module, 8 bits will be referred to as an octet.)

The various classes of addresses are based on the octet boundaries, so it is helpful to get used to such groupings. It is also an ease-of-use issue, because 8-bit binary numbers are easier to convert than 32-bit binary numbers. When converting a binary IP address, you only convert one octet at a time. The highest possible binary octet is 11111111, which converts to the decimal number 255. The lowest possible binary octet is 00000000, which is the decimal number 0. That means that with 8 bits, you can have 256 different number combinations, 0 to 255 inclusive. 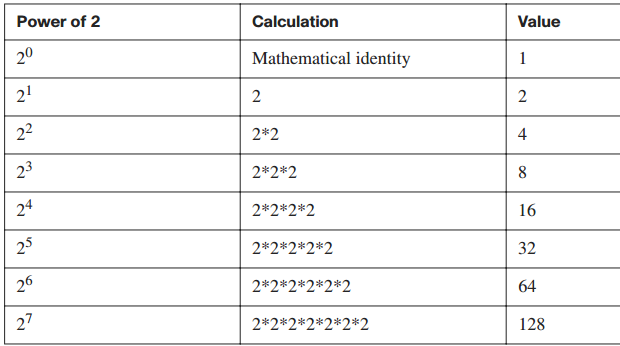 Decimal-to-Binary Conversion
Decimal numbers can be converted to binary numbers through a specific process, as shown in Figure 4-8.

As with decimal-to-binary conversion, there is usually more than one way to convert binary numbers to decimal numbers. You can convert binary numbers to decimal numbers using the positional values based on the powers of 2 and identifying the columns with nonzero values, which contribute to the final numerical value. Figure 4-9 illustrates this process.