As announced in RuneFest 2019, Jagex’s extremely popular MMORPG RuneScape is heading to mobiles with Early Access expected to be available later this year.

RuneScape is an extremely popular MMORPG title by Jagex that came out in 2001. According to Guinness World Records, the game has more than 200 million accounts and is therefore considered as the world’s largest free MMORPG. Now, a mobile version for the game is coming up shortly, as stated by the developer in an announcement last Saturday at RuneFest 2019. The early access phase and closed beta phase will soon begin and the fans simply can’t wait! 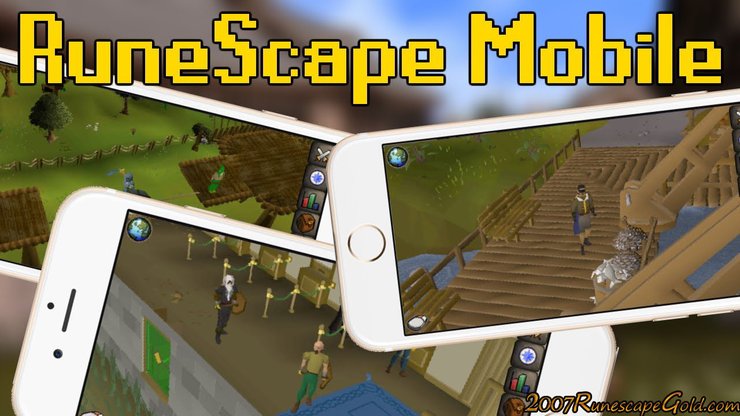 The epic MMORPG RuneScape is coming to your mobile devices!

In this latest version of RuneScape, the devs have revised the UI, making it user-friendly for devices with touchscreens. Besides, RuneScape Mobile will support cross-platform progress, allowing players to enjoy the game on both mobiles and PC without any progress loss. Obviously, this is a big plus for the game as not many PC titles managed to port their games to mobile devices properly.

Check out RuneScape’s Land Out of Time launch trailer as below:

It’s safe to say that the devs did a great job. From what we’ve seen so far, the port looks extremely smooth and functions surprisingly well too. That said, the mobile version did slow down the game pace a little bit. Hence, hardcore RuneScape players who played extensively on PC might need some time to adjust. RuneScape Mobile will have a slower pace than its PC counterpart.

At the moment, the early access build is running to test out the game and detect bugs. Currently, there are a few small issues regarding the mini-map, which has caught the attention of some people. These should be addressed in no time, though, so hopefully we’ll get a bug-free experience eventually.

For those who didn’t participate in the closed beta, they can totally watch out for the early access version that would probably come out in a couple of months. On one hand, fans and followers of RuneScape really expect the title to be faithful to its PC roots. On the other, mobile players are excited to have a mobile-friendly version of an epic MMORPG. RuneScape Mobile is a title to watch out for in late 2019.