You are here: Home / MOBILE GAMES / Roguelike Game The Swords Of Ditto To Come To iOS On October 24th

Originally launched for PC and PS4 back in 2018, the quirky roguelike RPG The Swords of Ditto is coming to iOS on October 24th.

Devolver Digital is back with yet another mobile port. This time around, it’s bringing the roguelike adventure title The Swords of Ditto to iOS devices. The game is set to hit the App Store on the 24th of October. Check out its trailer below:

Originally released for PC and PS4 back in 2018, The Swords of Ditto is an action RPG in which you’ll take on the role of an adventurer who must try to defeat an evil character known as Mormo. Of course, since this is a roguelike game, every time you die you’ll have to start over again from the beginning as a brand new character. The interesting part is, the successes and failures of your previous run will have an impact on how this current one plays out. 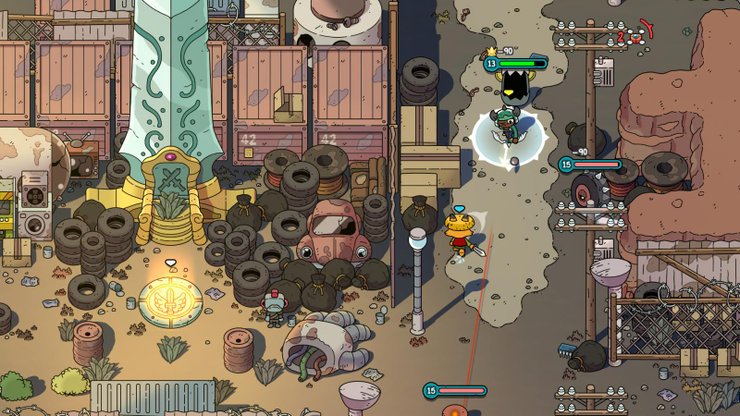 Embark on an adventure to defeat the evil Mormo

How you choose to approach the game is completely up to you. If you want, you can seek out Mormo immediately to try to defeat her, though most of the time doing so will end with you falling flat on your face. The better alternative is to level up your character and obtain better equipment to prepare yourself for the final showdown.

Right at first glance, you can see that Swords of Ditto is a pretty quirky game, and that applies to the weapons that it offers too. In addition to the usual sword and bow, you’ll also have a variety of other tools to wreck your enemies with, such as a golf club. Moreover, you can collect stickers as you play, which will unlock new perks and give your hero some buffs. 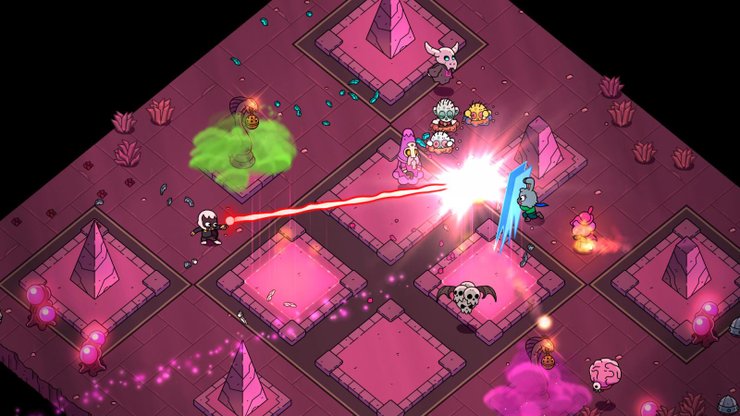 Devolver Digital has had plenty of great mobile games and ports under its belt. Just this year alone the studio has been responsible for many great games that we have covered before such as the mobile version of Gris, the 2D platformer Witcheye, or the Apple Arcade-exclusive arcade shooter Exit the Gungeon. As a result, we are pretty excited about the upcoming The Swords of Ditto port.

The game is set to hit the App Store on the 24th October and if you are interested, you can already pre-order it right now. It’ll be a premium app priced at $5.99 (Rs 420).