You are here: Home / PUBG / PUBG Mobile: The Best Weapon For Each Category

Wondering about which gun to choose? Here is the list of best guns for each category in PUBG Mobile.

The Pan has become the iconic weapon of PUBG

Let first start off the weapon type for real men, melee weapons. There are currently 4 melee weapons in PUBG Mobile right now which are Crowbar, Sickle, Machete, and Pan. Needless to say, Pan is the best one with the highest damage and the ability to block bullets. It can also be used as a superfun weapon sometime for 1 vs 1 fight at the end of the game. No other weapon than the Pan can become the true iconic weapon of PUBG. 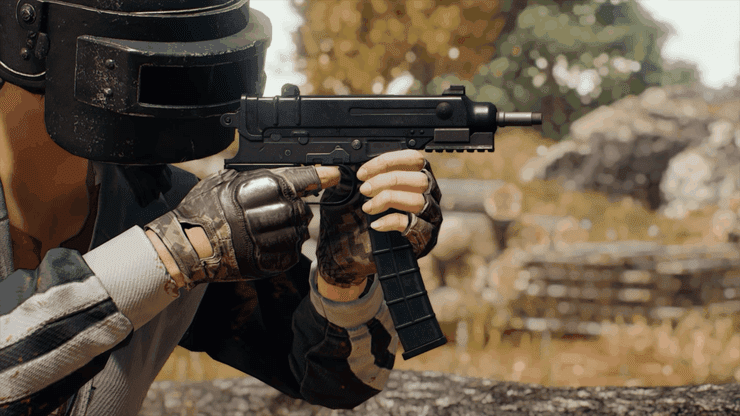 The Skorpion is an auto pistol

Pistol, to be honest, was pretty useless in PUBG Mobile. People only pick it if they can’t find any other kinds of guns. Apart from Flare Gun, which is not counted as an actual gun. There are only 2 real contenders which are Skorpion and P18C. They are about on the same level as Skorpion has more Capacity while P18C has better firing rate. However, Skorpion can attach more kinds of attachments so we could say that it is better than P18C by a bit. Thus making it the winner here.

No player can stay alive after 2 shots of Shotguns

Shotguns are only useful in close range within 25 m as that the distance you can hit most of your pellets and deal insane damage. They have low fire rate so the common strategy to use them effectively is shoot-hide-shoot.

The best gun in this category is undoubtedly the S12K. It has a decent fire rate, decent damage, a large capacity of 5 bullets which can be upgraded with a Mag, and many attachment slots. If you haven’t tried it yet then you should know that it is one of the best weapons to clear a hot drop. 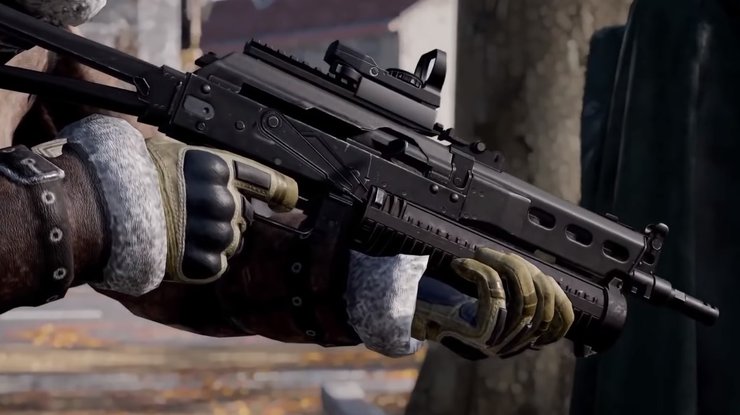 SMGs are great close combat weapons with their fast fire rate, fast reload time and fast ADS. They will melt down any players before they can even react, no matter what equipment they have.

In term of damage, the Tommy Gun is the best with 40 damage per bullet. While the weapon has high recoil, its recoil pattern is very predictable and easy to control. It has a low fire rate to compensate for the high damage. However, the worst thing about this gun is the fact that you can’t use a scope on it. That is also the reason why Uzi is bad too although it has the fastest fire rate. No gun can be viable in mid-game or late-game without a scope.

The real competition we are looking at here is Vector vs UMP9. The Vector uses 0.45 mm ammo while the UMP9 use 9 mm ammo. This means the UMP9  can deal much more damage than the Vector. However, the Vector can shoot considerably faster than the UMP9 which resulted in higher overall DPS. When it comes to recoil, the Vector a slight advantage. But the Vector has one deadly disadvantage, low bullet capacity. The gun is just unplayable without an extended mag. And for that, the UMP9 take the crown here with its versatility. 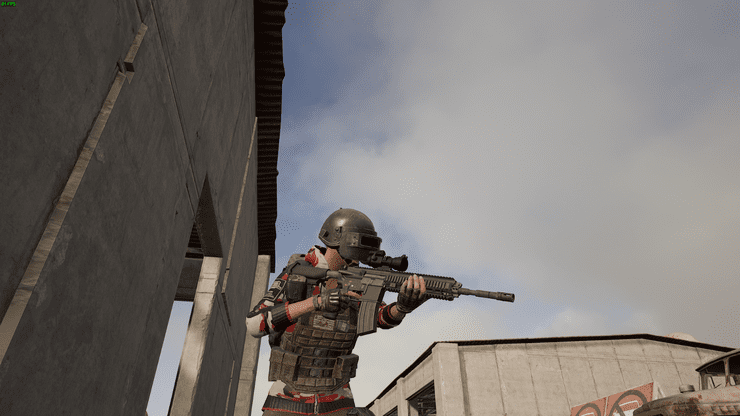 Assault Rifles are the best type of gun in the game

Now here comes the real competition. Assault Rifles are the best type of gun in the game due to their versatility. It is common for any players to win a match using ARs only as they have good damage output, range, and various attachments. Most of them also have almost identical stat so it going to be hard to pick which one is the best. We will leave out the AUG and Groza here because it is an air-drop exclusive weapon.

The AKM is one the oldest weapon in PUBG, famous for its insane damage output and insanely hard reoil control. The only attachment that will help is the Compensator, but it will still be really hard to control. Even professional players would want to avoid the AKM just because of this. The Beryl M762 suffer this same problem although it has a Grip slot. What the point of having high damage if you can’t hit your opponent?

The MK14 Mutant and M16A4 has a critical problem which is not having an auto mode. People will just melt you in close to mid-range combat with any other auto ARs so these two are out.

Now, it is all come down to the SCAR-L and the M416. Both have the same damage and attachment slots. The SCAR-L recoil is a little bit easier to control. However, the M416 can shot slightly faster. In the game, for most of the time, a little bit of recoil won’t help you much but one bullet faster than the opponent can make the difference between life and death. So, even though this one very close, the M416 is the winner as the best AR. The Mini 14 has great stability

DMRs are kind of a mix between Assault Rifles and Sniper Rifles. They have more damage per hit than ARs, long effective range while having low fire rate and bullet capacity. Apart from the Mk14 as it is an air-drop weapon and the VSS as it is just too weak, we have a competition between SLR, Mini 14 and SKS.

The SLR is the one with the highest damage output. However, it is unstable without a cheek pad, and even with a compensator, it still has too much recoil. A DMR normally needs 2-3 shots to kill a player and recoil is a really big factor to consider from mid-range to long-range.

The SKS also has fairly high recoil. Even though it has many attachment slots that can compensate for its weakness, you can hardly get all of them to make the weapon good.

The Mini 14, however, doesn’t need any attachments at all to be decent. While it has lower damage than the other two, it offers the stability that a DMR needs along with fast bullet velocity. 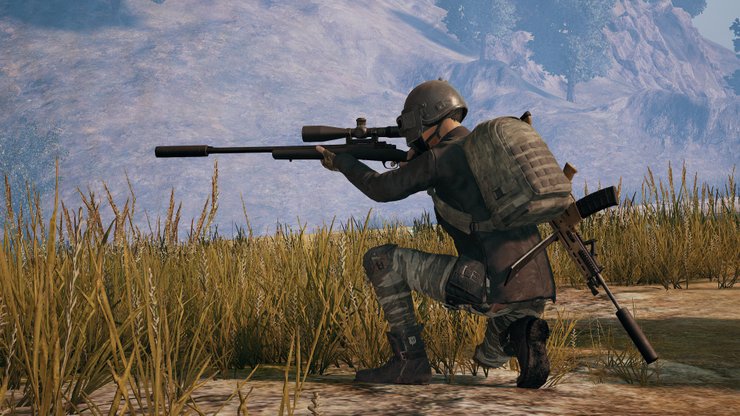 M24 is the better choice than Kar98

This one is actually fairly easy as apart from AWM, which can blow off a Level 3 Helmet, the M24 has everything that is superior to the Kar98. The M24 has more attachment slots, more damage, and faster bullet velocity. You should just replace your Kar98 right away with an M24 if you can find one.