A big update for PUBG Mobile Lite has been launched – along with a new map, a new game mode, and the release date for next season.

The new map that was added to PUBG Mobile Lite in the 0.14.1 update is called Golden Woods. It is an exclusive map, only available to play in PUBG Mobile Lite. Along with the map, there are also quite a few quality of life updates included within the patch. In this article, we will list out the most notable amongst them.

Next season’s launch date and a new achievement system

The next season’s launch date has been confirmed by the update. At October 1 there would be a patch to unlock new contents along with various rewards and themes.

The new achievement system is already available now, however. The players can check out those new achievements from the Mission Menu. With each achievement completed, the player would also get a new exclusive reward for their efforts.

The developers have finally ported the title system to PUBG Mobile Lite. Players now have the ability to modify their names with a title, which in turn can be earned by completing in-game achievements. While titles are not exactly something that is essential to a PUBG game, they are still great additions to the player’s experience. With this system in play, gamers can proudly display the progress they have made inside the game. 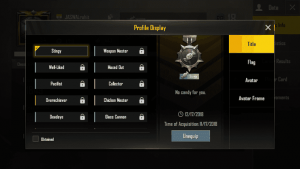 The title system is a fine addition to the game

The new update also comes with a new mode called War. In this mode, every player would be given an RPG-7 to run around with. The matches are likely to be very chaotic and fast-paced, but that is exactly what makes it worth playing. For people with less time on their hand, this mode would be a godsend. 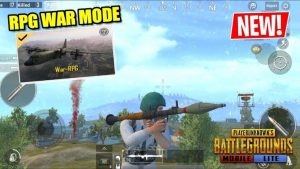 The War mode with RPGs would be utter chaos

In addition to this new game mode, the developers have also added quite a few new weapons into the game’s arsenal. With this update, the PP-19 submachine gun along with the QBZ and QBU DMR rifles are added to the spawn list.

Lastly, the patch also includes a couple of optimizations to the general graphics of the game. Because of that, everything from menus to in-game actions would be smoother.

Interested in more of our PUBG articles? You might want to check out this guide for sniper rifles.