The PMCO 2019 Fall Split Global Finals features a total of 16 teams battling for the title, officially taking place on Nov. 29.

Following the completion of PMCO Finals held in Berlin earlier this year, PUBG Mobile recently announced the location and date of the PMCO Fall Split 2019. The upcoming event will take place in Kuala Lumpur, Malaysia, starting from Nov. 23 to Dec. 1. 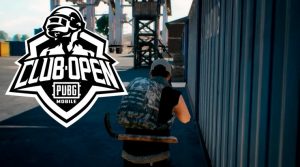 The Global Finals will officially be played on Nov. 29, featuring a total of 16 teams battling for the title. Thirteen crews will be picked up directly via regional qualifiers, while other three teams will come from the top three positions of the prelims.

Unlike the previous one, this year’s finals will have some changes in the number of squads. Southeast Asia and South Asia will each have two slots from the regional finals, with an additional saved for the host country, Malaysia. In the meantime, only one winner from each other region including North America, China, Europe, South America,.. will be presented at the global finals.

As for the schedule, the Prelims is likely to occur a week before the main event, probably on Nov. 23. The third, fourth, and fifth-ranked teams from South Asia and Southeast Asia will be playing in the Prelims. North America and Europe have two slots each for the second and third-placed teams. The rest are the runners-up from other region finals.

China will hold two spots at most in the global finals as there will be only one Chinese squad participating in the Prelims although they have taken all the positions in the top 3 at the Summer Season Finals.