You are here: Home / MOBILE GAMES / Guide For The Class System In Call Of Duty: Mobile Battle Royale

Would Call of Duty: Mobile be able to beat PUBG Mobile in its own game? That remains to be seen.

Call of Duty: Mobile’s Battle Royale system has been taking a lot of inspirations from multiple other games in the genre, such as PUBG and Apex Legends. The feature that was copied from Apex is the class system. We will be covering all the classes in this article, giving you a general idea about what they could do. 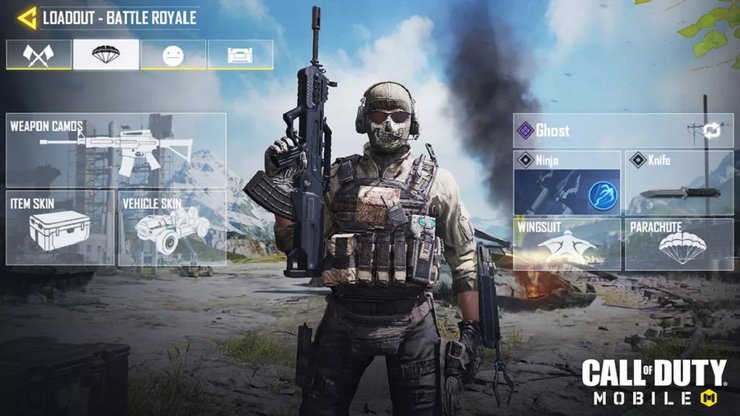 Unlike PUBG Mobile, you would have to choose a class on every match of the multiplayer mode – as every class has their own unique strengths and weaknesses, what you pick would be crucial. They can even be the deciding factor of your game and how it would progress.

Diving down on a wingsuit – parachutes are for noobs

There are six classes in Call of Duty Mobile:

Ninja – The most mobile class in the game, comes equipped with a Grapple Gun that can fire a steel hook. The grapple gun would allow you to reposition yourself in a flash by either jumping on the top of a building or moving through long distances. The other ability is Dead Silence, enabling the warrior to move without sound.

The ninja’s abilities, which encourage stealth and positioning

Defenders – This class is the backbone of a team, comes equipped with an Arena of Effect Shield. Their second skill is a passive which gives protection to all damage except bullets. Defenders would be a major threat in every lineup because of their multi-purposes shield.

The defender, who serves as the backbone of your team – protecting the healer

Scout – The main job of this class is to provide information about enemies or an area. The first ability of the Scout is the Sensor Darts, which scans the area around it for hostiles. Scout’s second ability is Tracker, which would let him detect the footprints of nearby enemies.

Clown – The weirdest class in the game, with the ability to summon and control zombies with a toy bomb. The horde will attack and otherwise inconvenience the enemies, giving the players time to flank or retreat. The second ability of the Clown is Anti-zombie, which would pacify the enemy zombies.

The Clown class is rather out of place in a battle royale game, but everyone loves zombies

The master of machines, with the ability to detect and disable all electronic devices in their sight

Medic – The medic has two ability, the first one is…Heal, which would let him restore the team’s health point. Being “The healer” there would always be a place for the Medic in any lineup. Furthermore, the second ability, a passive, would let the Medic heal himself at a faster rate.

The key member of the team – as long as they are not dead, the healer could patch them up

Another thing that needs to be mentioned is the inconsistencies of the names of those items, along with their source materials. Some of them, such as Dead Silence, Grapple Gun, and Tracker, were taken straight from Black Ops 4, while others like the shield and the toy bomb were slightly altered. According to the previous images, the player can equip cosmetics to those items.

Interested in more of our videogame related contents? Check out this post for the first impressions of Call of Duty: Mobile.