You are here: Home / MOBILE GAMES / Free The World From The Dragons In New Runner Game EarthNight, Now Available On Apple Arcade

EarthNight is a new runner game in which you’ll try to free the Earth from the domination of dragons. It is now available on Apple Arcade.

EarthNight is a procedurally generated runner that can be traced back all the way to 2014, when it was planned for a PS Vita release. Now, the game has finally got a full release on Apple Arcade with a Switch version set to arrive at a later date. Check out its original console trailer below:

The game is set in a fantasy reality in which dragons have conquered the entire world, forcing mankind to retreat to the outer space. This is just a temporary solution though, as once the dragons find a way to rise up there, everything will be lost.

With that being the case, our two protagonists, Stanley and Sydney, have taken it upon themselves to try and take down as many of these mighty beasts as they can. In term of gameplay, that means they’ll skydive from space, land on top of the dragons, and then run along their bodies to look for an opportunity to kill them, avoiding countless enemies and obstacles in the process. 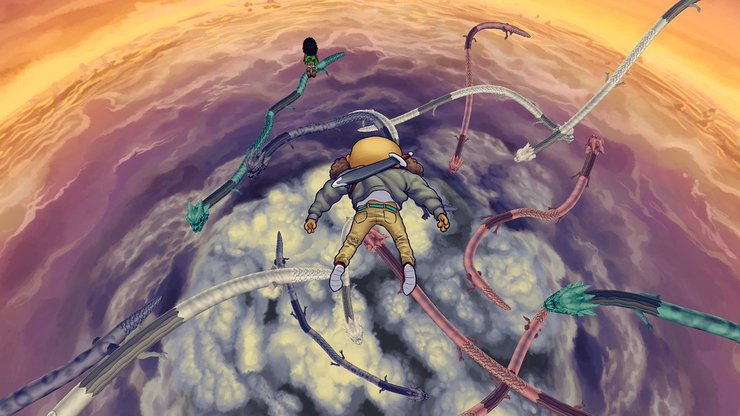 Skydive on top of dragons to look for an opportunity to take them down!

Thankfully, EarthNight does offer several types of power-ups that you can collect during your runs to help you in your quest to free the planet. Successfully slaying a dragon will also net you resources such as water, trophies, or dragon eggs that can be spent to unlock upgrades to use in future runs.

Moreover, the two characters are different as well, so in order to maximize their potential, you’ll have to learn to utilize their unique powers properly. Sydney possesses superpowers that allow her to dash mid-air and perform double jumps. Stanley, meanwhile, can easily maintain his momentum with his separate high and long jumps. 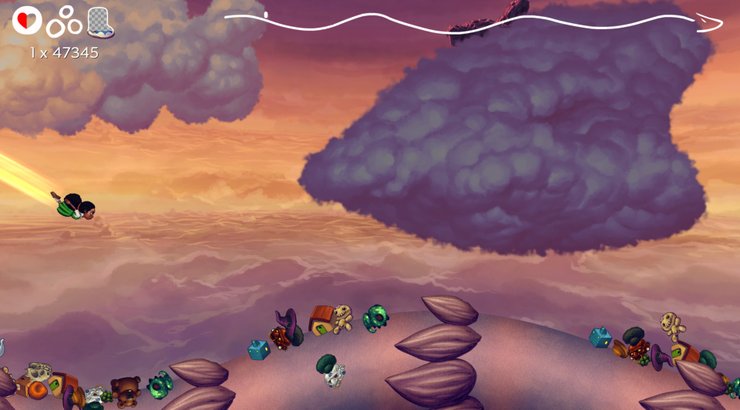 EarthNight is currently available on Apple Arcade, so if you are interested, don’t hesitate to subscribe to enjoy it as well as plenty of other great games that the service offers.