You are here: Home / MOBILE GAMES / Explore The Depths Of The Ocean In Shinsekai: Into the Depths, Now Available On Apple Arcade

Shinsekai: Into the Depths is an adventure game in which you get to explore the depths of the ocean and meet plenty of strange creatures. It is available now as part of Apple Arcade.

Originally announced by Capcom at Apple’s special event presentation earlier this month, Shinsekai: Into the Depths is a new adventure game that’s just become available as part of Apple Arcade. Check out its trailer below:

The word “Shinsekai” in Japanese can either mean “new world” or “deep ocean,” and it couldn’t be more fitting for the setting of the game. The entire world has been covered in ice, forcing humankind to go deep into the ocean to take shelter. Yet even that cannot protect them forever. The ice continues to spread, and it has overtaken the undersea dwelling of a lone aquanaut, forcing him to embark on an unplanned adventure of exploration and discovery. Is it possible that there are still others living even deeper down?

Shinsekai: Into the Depths doesn’t include much text or audio, and the narrative is basically presented entirely through your interaction with the world. And it tells the story of the last survivor. The human race is pretty much done for, and you just keep dwelling deeper and deeper still. According to producer Peter Fabiano, the game will make you “think a little bit more about yourself, and what is it like to be alone and travel and discover all of these new things.” And maybe when you get to the bottom of things – both figuratively and literally – you’ll begin to ponder what all this means for you. 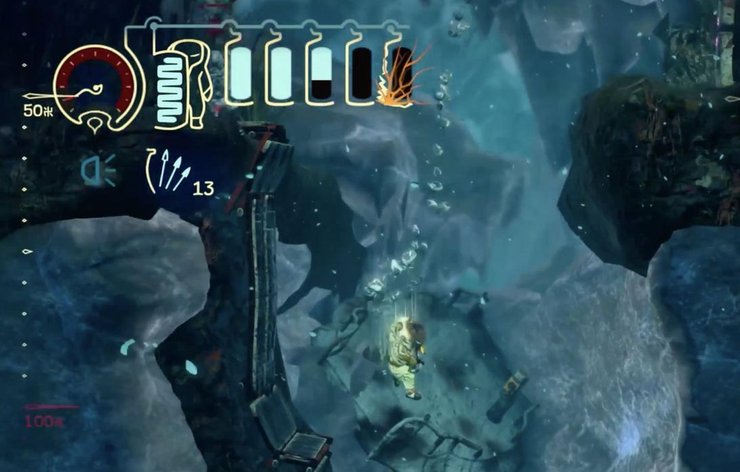 As you explore the depths of the ocean, you’ll start to ponder what all this means for you

In term of gameplay, the entire experience feels like a console game. There are tons of things you have to keep track of in order to survive in the perilous depths of the ocean, from your oxygen reserves to the pressure resistance level of your diving suit. And of course, along the way you’ll encounter tons of strange creatures, most of which won’t take it kindly to you invading their habitat. 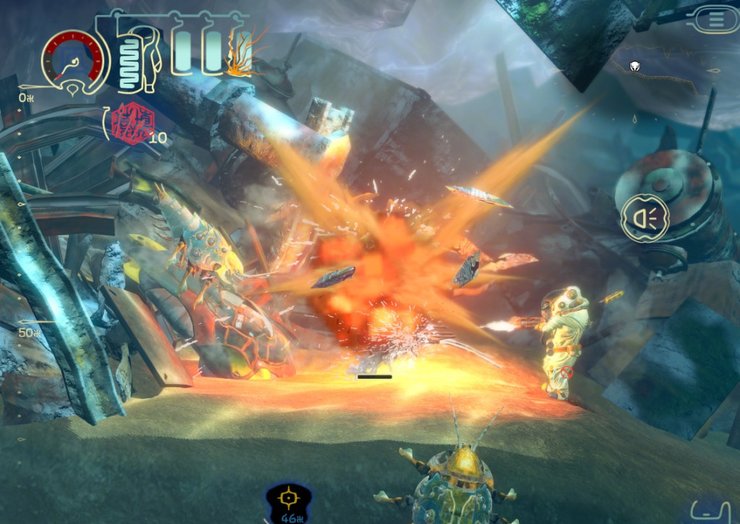 The controls are complex, requiring you to coordinate several presses on the virtual button pad. For those who are not fond of touch controls, the game also comes with controller support as well.

Shinsekai: Into the Depths is available right now on Apple Arcade. For more information on this new subscription service from Apple, check out our previous coverage.