You are here: Home / MOBILE GAMES / Call of Duty Mobile hacks: What cheats are available?

As is the case with most online multiplayer games, there are a number of Call of Duty Mobile hacks and cheats available for players to use, and gain an unfair advantage. From things like aimbot to getting free COD points, COD Mobile has a hacker problem at the moment, and we’ve got some of the more popular Call of Duty Mobile cheats and hacks listed here.

Of course, we’re not going to provide a way to download or install them. We don’t condone hacking in any way and using any of these could cost you your account. So if you decide to seek out ways to use them, you do so at your own risk.

Aimbotting is one of the most popular hacks in all online shooters, because it essentially allows players to get kills without trying. An aimbot will automatically track enemies and fire whenever they’re in view, meaning it’s almost impossible to kill someone who’s aimbotting since they’ll always know where you are and don’t miss a shot.

In a similar fashion to aimbots – the two are often coupled together – wallhacks allow you to see enemies through walls. Some will show you extra information about the player you’re tracking like how much health they have, and a wallhack is also harder to detect than aimbot, making it a popular choice for those looking for a smaller advantage. 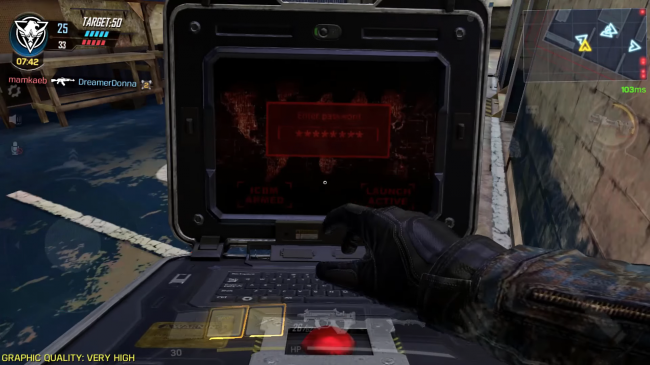 A radar hack in COD Mobile pretty much does what it says on the tin: hacks the radar/minimap so player locations become visible at all times. It’s a step down from both aimbots and wallhacks but still provides a huge advantage to those that utilise it.

If you do find anyone using any of these COD Mobile hacks in-game, make sure you report them to maintain a fair playing field for everyone.

Why is COD Mobile so easy? (Trust us, you’re not that good, sorry)

If you’re finding Call of Duty Mobile extremely easy to play, here’s why

One of the biggest questions people have following the launch of the biggest mobile game of the year, is why is COD Mobile so easy? Call of Duty Mobile launched at the start of October for both iPhone and Android, but players are jumping in and discovering the game is incredibly easy at the start, winning games while hardly dying at all. If you’re wondering the same thing, let me shed some light on the situation.

Not jumped in to COD Mobile yet? Find out how to get started with our how to download Call of Duty Mobile guide.

Why is COD Mobile so easy?

There’s a simple answer to this potentially deep question: bots. Activision hasn’t commented on the existence of bots/AI enemies in Call of Duty Mobile, but it’s obvious that in the early levels, you’re playing almost exclusively against AI enemies set to a very low difficulty. For the first couple of games you play, you’ll be pitted against exclusively bots too, before you rank up once or twice.

Eventually – probably when you start to lose a game or two – you’ll be playing with or against a couple of other real players, most notable because they’ll also be picking up loads of kills. The majority of the lobby will still be populated with bots though, and it’s unclear at which level all the bots are removed. When it comes to the battle royale mode, you’ll find bots there too. Sorry to break it to you, but you aren’t actually the best player in the world.

Once you reach rank 10 however, you unlock ranked mode. Playing this means you’ll only be with and against real players, so it’s a true test of your mettle. Unfortunately, employing bots in this way is a tactic seen by a number of games on mobile, most notably PUBG, but you can avoid it by playing ranked if bots ruin the fun for you!

Call of Duty Mobile best guns: What are the top weapons in COD Mobile?

Ol’ reliable. Featured in pretty much every modern shooter ever, the AK47 in COD Mobile is unlocked at level 23, and it deals some serious damage per shot. You’ll need to fire it in bursts in order to deal with the recoil, but when you’ve got the hang of it, it’s the best assault rifle in the game.

Another member of the AK family, the AKS-74U is a lethal submachine gun which isn’t too shabby at range either. With a high rate of fire and excellent spraying capabilities, it’s easily the best SMG.

While it may be tempting to go for the next iteration of Modern Warfare 2’s Intervention – the DL Q33 – the bolt-action sniper doesn’t actually fare too well with mobile controls. Instead, go for the M21 EBR, which is semi-automatic so missed shots aren’t so much of a death sentence and you can fire much quicker.

For another assault rifle choice, look towards the BK57. It deals much less damage than the AK47 but has a higher rate of fire and is easier to control, making it a safer option for less skilled players.

If you’re looking for a shotgun, the Striker is the way forward as it’s semi-automatic so you can fire a number of shots repeatedly. It will one-hit-kill players up close, and while it is a shotgun, you won’t be disappointed by using it at range.