Now that we’ve crossed the PUBG Mobile comparison bridge, let’s get into Call of Duty: Mobile, and briefly go through what makes it one of the best FPS mobile games out there. If you’re familiar with Call of Duty on PC, you’ll feel at home, as Activision and Tencent have done an admirable job of bringing that experience to mobile. Talking about the game modes, you can choose between Battle Royale (unlocks at level 5), Free-For-All, Frontline, Team Deathmatch, Hardpoint, and Domination.

Frontline and Team Deathmatch are your regular kill count modes where the team that reaches the kill target first is crowned the winner. But Domination is the one where team effort and coordination skill are tested. But let’s address the elephant in the room – Battle Royale. To put it simply, Call of Duty: Mobile’s Battle Royale mode is way better than PUBG Mobile.

The vehicles are more scene-appropriate and the terrain is more realistic than the blotchy grass or ice sheet in you see in PUBG Mobile maps like Erangel and Vikendi. The extent of damage dealt by guns is more logical, and forgiving at the same time. On the flip side, it can get a little frustrating if you try to kill an enemy with a sniper gun at close quarters.

There are two control modes – ‘Simple Mode’ for beginners and ‘Advanced Mode’ for those who want more control over their movement and trigger response. We tried both and were satisfied with the button layout, but of course, players have the option to customise the layout to their liking. You can’t see enemy footsteps on the map to get ready for a kill – as you would in PUBG Mobile – but that adds to the excitement and unpredictable action experience of Call of Duty: Mobile.

The combat setting and the map aesthetics do a good job of depicting a warzone, a nuked land or an abandoned yacht – essentially any setting where a special ops unit is likely to be deployed. The Call of Duty: Mobile gameplay experience is much smoother, than say Modern Combat 5 and PUBG Mobile, and the lag-free movement and targeting experience are a cherry on the top. 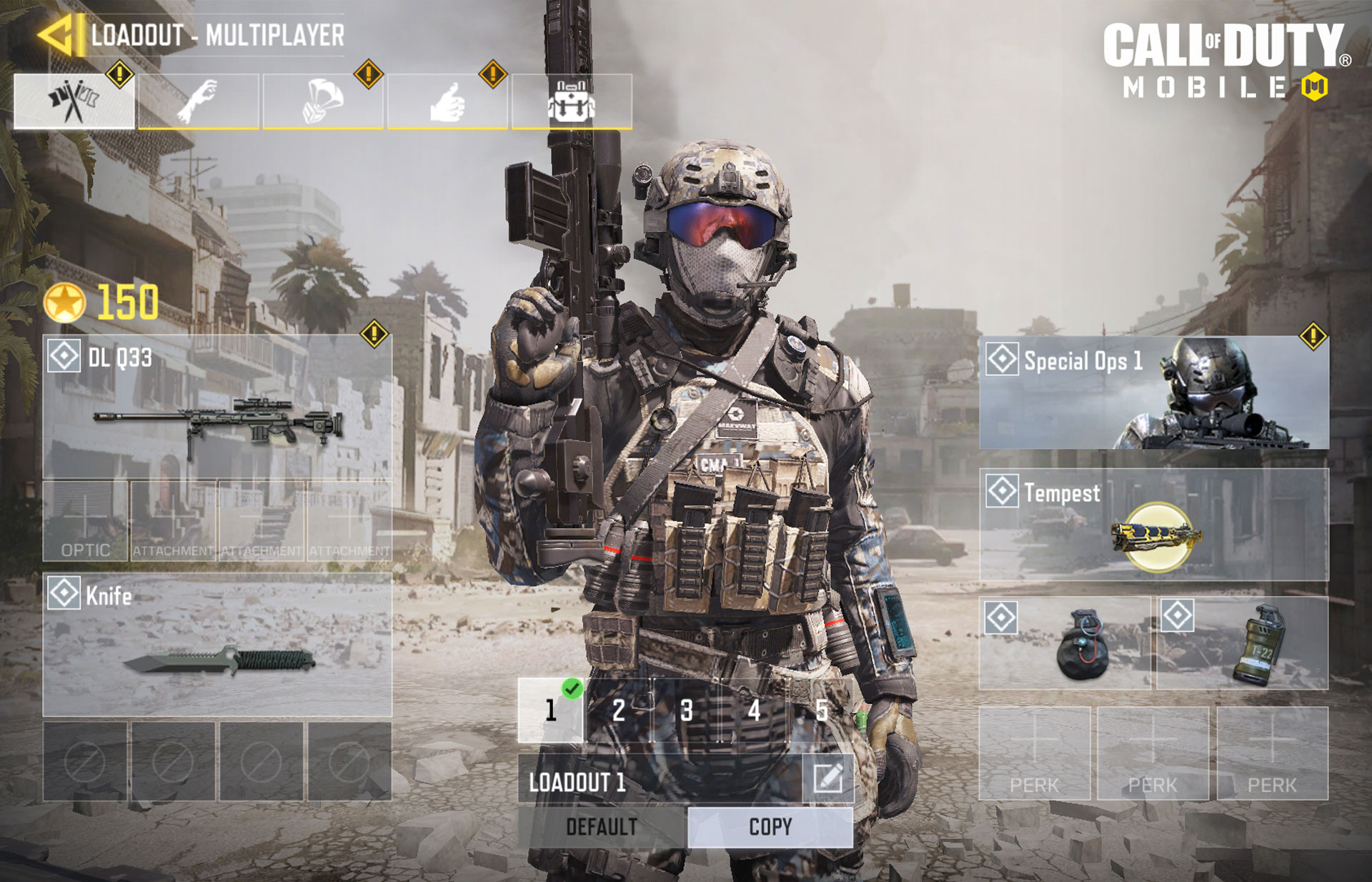 But there is more to Call of Duty: Mobile’s FPS experience than a plain shoot-em-up approach. You can scout the enemies aerially, call a drone strike, or annihilate foes by deploying a cluster bomb payload. Simply kill multiple enemies in a row (or complete an objective), earn scorestreaks and deal the damage in whichever fashion you want. Then there are lethal weapons like a grenade to take out a bunch of enemies at once. Or if you want more gore, the flamethrower gun will torch many unfortunate souls at once.

The loadout is where you gear up for battle in Call of Duty: Mobile. The variety of weapons at your disposal is impressive, and the augmentation options are also something worth a mention. Lethal and tactical equipment, melee weapons launchers, etc. they are all there, and if you are yearning for customisation options, you won’t be disappointed either.

Call of Duty: Mobile is one of the best PC-to-mobile iterations out there, and to say that Activision has done an impressive job of bringing the Call of Duty experience to mobile platform would be an understatement.

Yes, there are frustrating log-in issues every now and then. We also came across a few instances of the player exiting the match abruptly. For new players and those looking for a simple shoot-to-win experience, the sheer variety of gameplay modes, the loaded Loadout and customisation options might be overwhelming. But once you’re past that stage, Call of Duty: Mobile would be a lot of fun.

Matchmaking times are nearly the same as PUBG Mobile, provided the servers are not overloaded at the moment. (Yeah, this seems to be a frequent issue right now, and Activision is working on resolving it). These first impressions were gathered over 8 hours of gameplay, but we will hold our final judgement until our in-depth review.