Made by More8Bit & Devolver Digital, Bleak Sword is a brand-new action-RPG title with a dark fantasy setting that just hits Apple Arcade.

Devolver Digital and More8Bit have worked together and come up with an intense isometric Soulslike titled Bleak Sword. The game is currently available to play via Apple Arcade, alongside many similar titles of the genre. However, among hundreds of products and projects in the platform, this one turns out to be a fan’s favorite. 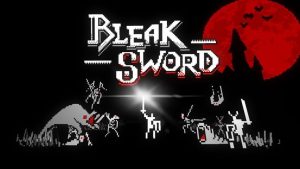 Essentially, Bleak Sword is an action game with a dark fantasy setting. Putting you through diorama-like battlefields, the game will honor your name once you lift the long-running curse of the Bleak Sword. A wide system of quests will take you to many mythical and dangerous locations, from deadly swamps and creepy forests to sprawling castles as well as intimidating dungeons. There’s tons of “hack-n-slash fun” to be had across the nine chapters of the game, which last a total of a few hours.

Let’s take a look at the Apple Arcade launch trailer of the game:

Looking at the battles, we can see how fluid and fast they are. For your information, there are plenty of actions to do, including roll, parry, attack, and counter-attack. To enjoy the game, you can either use the highly intuitive touchscreen or simply pick up a gamepad. Moreover, the red, black and white visuals of Bleak Sword make it truly a thing of elegance. 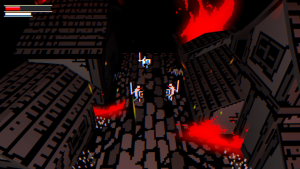 The art-style of Bleak Sword seems simple yet highly elegant. 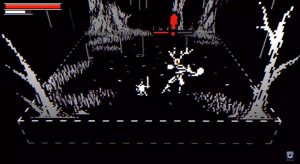 After completing the campaign, you can join the Arena Mode for even more challenges. Also, the completionists can grind the game over and over for more than 30 unlockable achievements. Don’t worry, the music by Jim Guthrie, an award-winning composer of “Indie Game: The Movie” and “Below”, will keep your spirit up all the while.

For people who have subscribed to Apple Arcade, the game is playable right now on the platform. If you think this is a great title (like us), feel free to pick it up and start the adventure now!