Micro Breaker is a new take on the classic arcade game Breakout in which you’d slide a panel to catch a ball and send it flying around destroying blocks. This new game adds tons of new features as well, and it is expected to hit iOS on November 13th.

We have probably all played Breakout at some point in our lives. You know, that really old game in which you’d slide a paddle from side to side to catch a ball, sending it flying up to smash destructible blocks? Well, it is now making a comeback, and in full 3D no less! Micro Breaker is a brand new take on the Breakout formula that gives the classic arcade game a visual overhaul and a neon modern look. Check out a gameplay video below:

Sure, just catching a ball over and over again might not sound all that exciting at first, but the ball will accelerate after every hit, so you’ll have to stay on your toes at all times. The 3D graphics are not there just to look pretty either, as they introduce a whole new slew of mechanics. Looking at things from a different perspective can change everything, and you’ll have to take a different approach to effectively destroy the blocks. 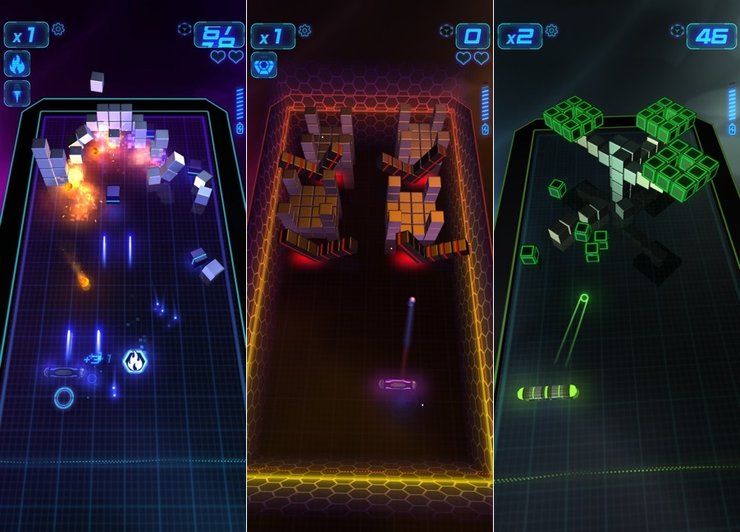 The 3D graphics introduce a whole slew of new mechanics

On top of that, Micro Breaker also offers more than 50 power-ups for you to collect as you play, including homing lightning, a laser gun equipped to your paddle, and a lot more! After all, why wreck the blocks with a ball when you can just blast them to pieces?

But of course, with extra abilities and powers come greater challenges to match! The game even features several boss battles in which you must face off against massive mechs that will try to destroy your paddle! There is also an AR mode that allows you to bring any of the levels to the real world. 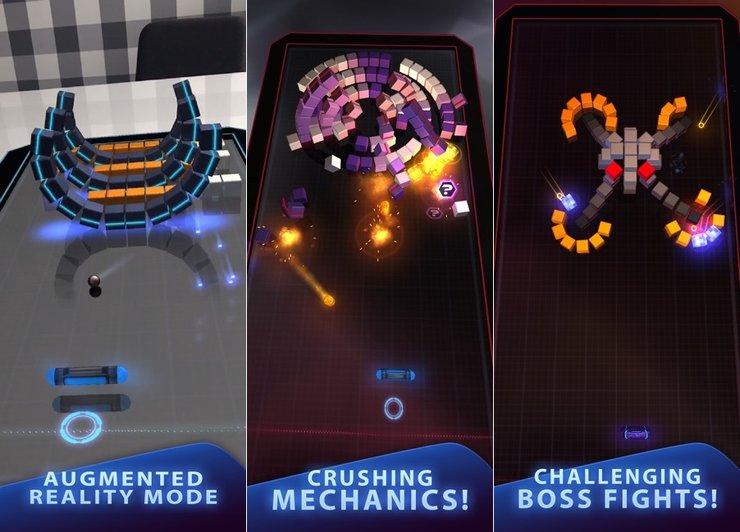 Plenty of new features including power-ups, boss fights, and an AR mode

With more than 130 levels and a frantic Challenge Mode, Micro Breaker is no doubt a major improvement compared to the original Breakout. The game is set to launch on the App Store next month on the 13th of November.